more about “An Ex-Faith Healer Explains The Trick…“, posted with vodpod

From Faith in Faith
to Faith in Christ

Mark Haville’s is an extraordinary story. Converted into the Pentecostal/Charismatic church he quickly came under the spell of the Word-Faith teaching of men like Kenneth Copeland. But things did not stay that way for Mark…

Still in his mid-20’s, Mark became an itinerant minister travelling the country earning large sums of money through his ability to perform ‘signs and wonders’. Remarkably, he has renounced his former life, his beliefs, and his practices as a Word-Faith minister and is now speaking out boldly against the beliefs and practices of the current Signs and Wonders movement.

(Note: In the text ‘EN’ refers to Evangelicals Now, and ‘MH’ refers to Mark Haville. ‘PG’ is Peter Glover)

EN: “How did you first get involved with Word Faith teaching?”

MH: I was given lots of tapes and books by Kenneth Copeland which everyone was into at my church in North London. I believed that my Christian experience could validate my faith. It convinced me that what I was in was real. I was impressed by the numbers involved, their interest in the media, publications, the money and the general trappings of success – it bred the belief in me that biggest must be best.

EN: “What was the most appealing aspect of Word Faith teaching for you?”

MH: The Word Faith movement offered me power, what I believed to be a convincing testimony to the reality of God. It gave me support because I could show ‘things’ by preaching and performing. I was given numerous videos, audios and literature. All that I was given appeared glossy and successful.

EN: “How did you use what you saw in this material?”

MH: Basically, I copied it. I learned gradually to do what all these speakers like Copeland, Cerullo, Benny Hinn and others do. They manipulate audiences and individuals simply by the power of suggestion. They call the result ‘signs and wonders’. They are deluded. Gradually, I too had learned the process of controlling meetings and inducing hypnotic techniques through suggestion in churches. I did many of the so-called signs and wonders.

(PG: I was shown a video of a meeting held at a Pentecostal fellowship in Leeds being run by Mark. He explained the staged process of audience manipulation as things progressed. After a long period of singing what Mark described as ‘relaxing’ Spirit-focused songs, he appeared to be able to blow individuals over at will. They then remained on the ground for long periods – what is commonly termed ‘slaying in the spirit’).

EN: “You maintain then that you were able to induce an atmosphere that was conducive to hypnotic suggestion?”

MH: Absolutely. The techniques are no different to those used by any practising hypnotist. First, the people in these meetings are already coming with high expectancy – they want it to be God. Second, you need to create the right atmosphere – hence the long periods of singing certain types of songs to make people feel relaxed and warm.

EN: “What kind of praise and worship?”

MH: It is very important to use songs and words that are focused on the Holy Spirit. This creates a far more mystical atmosphere. Songs full of Christian or Biblical doctrine work against people suspending their critical faculties. The effect is to create a mindlessness that will open your audience up to suggestion. Most people have no idea just how powerful suggestion can be. Let me add that all this is not necessarily done wilfully by leaders. This is something many of them have stumbled upon. It works, so they do it and call it “the Holy Spirit”.

EN: “Will it affect everyone at the meeting?”

MH: No, not at all. If you do not believe that it is God that is doing these things in the meeting, there is no way you will fall down. But remember, I am the one running the show. Just like any good hypnotist, I will be ‘working’ the audience. I can tell which ones are the more suggestive by asking certain questions. I can then bring people forward, having gotten them into a very relaxed and accepting state. You have to remember, people who come really want to believe that God is at work. By telling them to stand in a particular place I am strongly influencing their belief that by standing where I have told them – on that exact spot – something is going to happen. By telling them someone will stand behind them, because we wouldn’t want them to get hurt if they fall, it is all heightening the sense of anticipation and suggestiveness. The rest is easy.

EN: “You seemed to find it difficult to watch yourself on screen.”

MH: Yes, I find it very hard knowing how I unconsciously deceived good people into believing that the Holy Spirit was at work when it was common or garden hypnosis. But at the time I suppose I did believe, however incorrectly, that these things were the activity of God. But the reality is, I learned these techniques by watching others, and anybody can do them given enough training. They are psychological techniques – nothing else.

EN: “What caused you to look again at what you were doing and believed?”

MH: In 1 Corinthians it didn’t say we would be given spiritual gifts on demand, but as God wills. I had always been taught that, with enough faith, if you were ‘anointed’ and prayed enough, you would manifest the relevant gifts. I could see that God really didn’t work that way.

I could see that my fellow Bible students didn’t change for all their ‘anointing’. I witnessed the lack of basic integrity in fellow students and in my church. The church was in great debt and yet money was spent on unnecessary things like an electronic song board. We owed £200,000! And there were factions in the church. None of it added up. It didn’t fit at all with the health and wealth gospel we had been taught and which we preached. So I left.

MH: Somebody gave me some videos teaching the Jewish exegetical method of learning. These methods would have been employed by the apostles. It really started to give me a much more critical mind. It caused me to ask more questions highlighting more and more areas that were very wrong. My faith started to re-focus again on Jesus and not the ‘outworkings’ such as praying in tongues or signs and wonders.

EN: “At this stage did you think of looking for an appropriate church?”

MH: Just before leaving I had already started the National Prayer Network evangelistic enterprise, producing teaching tapes and evangelistic videos. My energies went into that. Out of that came a group of people who started meeting together as a small church.

EN: “What is your view about what is happening on the British church scene today?”

MH: We’re seeing an increase of Word Faith/health and wealth preaching and teaching. It is weakening the witness of the body of Christ by compromising to a world view. It gauges spirituality by success. The most dangerous thing is they are undermining true Christian faith which is based on God’s word alone. As Luther said, “My heart is captive to the word of God.”

EN: “What do you see as the hallmarks of this kind of ‘Christian’ belief?”

EN: “And the more practical effects?”

MH: It re-directs funds away from legitimate gospel evangelism and real social needs, the orphans and widows and such. Its leaders earn exorbitant amounts of money – where the Bible teaches leaders shouldn’t reap dividends. If you can perform signs and wonders you can earn vast amounts of money. It was not unknown for me to be ‘gifted’ £400 – £500 on occasions. This is nothing to the five-figure sums charged by some modern prophets. Basic Christian truth is being superseded by pseudo-Christianity. We need to return to a Christ-centred gospel which produces a selfless and non-materialistic lifestyle.

EN: “What about the numbers the Faith and signs and wonders movement claim are saved?”

MH: This is self-deluding exaggeration based on faulty theology of conversion. They teach commitment to a message rather than conviction by the gospel. They need figures to validate their ministry for the continued solicitation of funds.

EN: “What would you say then to those caught in the current signs and wonders movement?”

MH: Jesus did more signs and wonders than anybody else and at the end of His ministry He only had about 500 followers. Anyone caught up in the current trend towards belief in a great end-time restoration of the Church must first realise that this kind of revival is the opposite of what scripture promises. What Jesus did promise is the falling away of professing Christians, and an influx of false ‘anointed’ ones.

If we are truly living at the imminent return of Christ, where are those things that God promised must take place?

I would say to my brothers and sisters in these movements that you may well not be conscious that what you believe is other people’s opinion on Scripture, as I did. You would do well to heed the words of Martin Luther – ‘Sola Scriptura’.

1.
Word-Faith preaches a gospel of personal wealth which can be obtained through the ‘force of faith’. Spiritual power is thus generated through ‘faith’. God’s sovereign will is effectively overridden by this ‘force of faith’, effecting eternal spiritual laws to which God Himself is subject. PG.

2.
Research carried out in 1994 amongst a number of Christians from many different backgrounds revealed that almost 100% believed the ‘Word-Faith’ message is merely the gospel plus healing and prosperity on demand. None of those surveyed had any idea of the depth of heresy and extent of error in this movement. (Extract from ‘The Faith Movement May Be Prospering But Is It Healthy?’, by Stuart St. John: 95 pence booklet available from Reachout Trust, 24 Ormond Road, Richmond, England).

The above article was first published by Evangelicals Now, March 1996, and is reprinted by kind permission.

Mark Haville is also the host and a producer of this must see video!!!

Signs And Wonders Movement Exposed: THE VIDEO SERIES THAT EVERY CHRISTIAN MUST SEE!!!!!!! 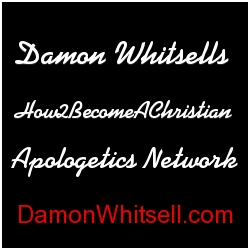 What is The Gospel of Christ?